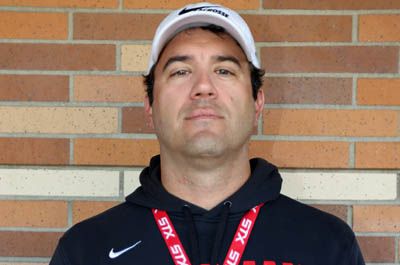 After seven years as assistant coach, Joel Kallas is taking over as head coach at his alma mater, Chapman University, for the 2023 season. During his tenure under Dallas Hartley, the program amassed an 87-22 record and earned a 2016 MCLA National Championship trophy, three SLC Championship trophies ('16, '18, '19), and four MCLA National Championship Game appearances ('16, '17, '18, '21). Kallas started playing lacrosse in 8th grade for the Palo Alto Tomahawks Lacrosse Club, and in 2002, his senior season, they won the California HS State Championship. He continued his academic and athletic career at Chapman from '03-'06 where he was a four-year starting long-stick midfielder, competed in Chapman's first ever MCLA D-I National Tournament appearance in '03, named team captain in '05 and '06, and recognized as Chapman's Defender of the Year and Second Team All-WCLL LSM in '06. Prior to coaching at Chapman, Kallas held many high school, youth and club coaching positions as well as owning and operating the Newport Beach Lacrosse Club post-collegiate program for 12 years.