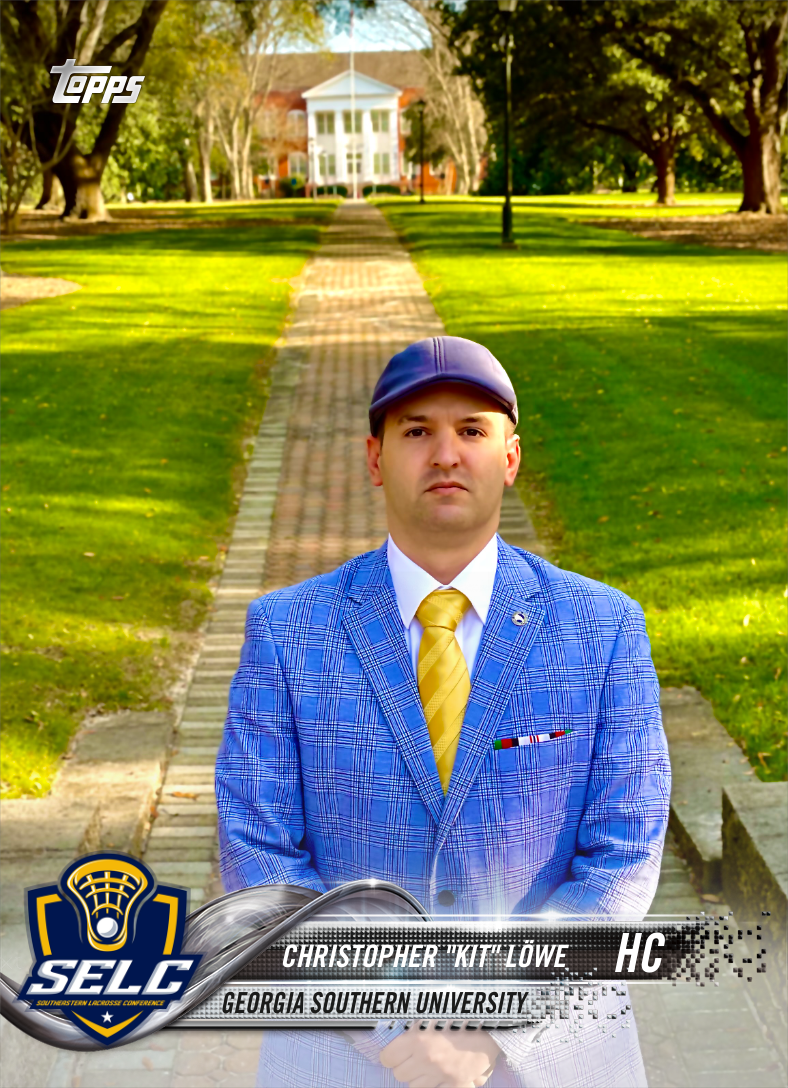 Prior to being hired by GSU (summer 2018) Coach Löwe served 8 years in the US Army eventually earning the rank of Sergeant and deploying to Afghanistan to take part in Operation Enduring Freedom IX-X. While overseas Coach took his lax stick and introduced lacrosse to the Afghan soldiers he was advising; that stick is currently on display at the new US Lacrosse museum in Maryland. Aug 7 2009 while on a mission in Afghanistan he was wounded losing use of his right leg; Coach was medevac to Walter Reed Army Medical Center in Washington DC. Following his time at Walter Reed, he was reassigned to Warrior Transition Battalion - Fort Stewart (Georgia), where he started the Army’s Wheelchair Lacrosse program. For his service he was awarded the Bronze Star with Valor, Purple Heart, Combat Action Badge and numerous achievement medals. Spring 2010 Coach Löwe coached at Benedictine Military School (Georgia) during their initial season, he also competed in the DoD Warrior Games at the Olympic Training Center and in school yr 2010 - 2011 he played Fogo at Georgia Southern wearing number 24. July 2011 Coach went to Adelaide, South Australia to compete in the Australia Men’s National Championship Games. August 2014 Coach was honored by the MLL during the Championship Games at Kennesaw State for his service to our Nation and love of lacrosse. Spring 2015 Coach played his final season of college lax, playing long pole at Kennesaw State and wearing number 32. 2020 GSU CRI Coach of the Year