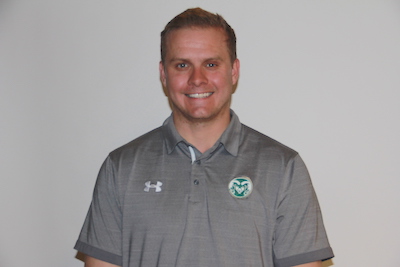 Coach Reed Zak is joining the program from the East Coast where he had a successful lacrosse career. Originally from New Jersey, Coach Reed started playing lacrosse in the first grade and immediately fell in love with the sport. Coach Reed enjoyed a great high school career as a four year starter and three year captain. During his high school career, Coach Reed received a number of accolades including: Three time All-League, All-County, Second Team All-State, and led the state in assists in 2011. Coach Reed was coached under Matthew Myones who helped take the University of Delaware to the Final Four in 2007 as a defenseman. After high school, Coach Reed was recruited to play Division 1 lacrosse at Monmouth University in West Long Branch, New Jersey as a Long Stick Midfielder. Coach Reed took part in the program’s inaugural season in 2018 and helped grow the new program as a four year contributor into the top team in the Metro Atlantic Athletic Conference. During his playing career, Coach Reed played in every game all four years and held records for all-time most games played as well as most caused turnovers in a single game. Coach Reed was elected to the all-academic team three times and was a member of the Student-Athlete Advisory Committee at Monmouth. During his senior season, Monmouth Lacrosse held the longest winning streak in the NCAA, beat #16 Villanova, were regular season conference champions, won the MAAC tournament, participated in the NCAA tournament, the defense finished the season ranked #2 in goals against and finished the season #17 in the country for Division 1 lacrosse. Coach Reed currently works at CSU in the athletic department’s ticket office and has worked in college athletics since graduating Monmouth University with a degree in Business Administration with concentrations in Marketing and Management in 2017. Coach spent the last four years working at Providence College in Rhode Island and earned his MBA from Providence College in 2019. As a Coach, Coach Reed is constantly looking to help his players grow on and off the field. He believes in accountability and pushes his players to get the most out of every rep. Coach Reed understands the commitment of being a student-athlete and what it means to be a part of a lacrosse “family”. Coach is excited to step into the role as Defensive Coordinator for the Rams in his first season with the program.