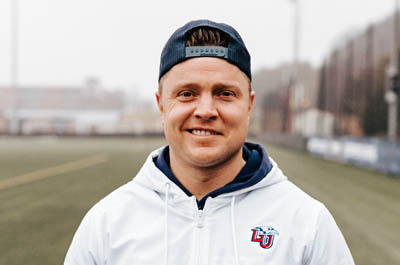 Coach McQuillan is a graduate and current employee of Liberty University as the associate athletic director of Club Sports. He graduated from Liberty in 2007 earning a business degree with a specialization in finance and earned his MBA in 2011. Kyle is an alumni of Liberty University and played Lacrosse from 2003-2006. Since being named head coach in 2011, Coach McQuillan led the Flames to a Div2. SELC Championship, a Div1. ALC Championship, 4 National Tournament Invitations and has been a consistent National top 25 team for the past decade.